I wrote this message years ago, but the word is always prevalent whether yesterday, today, and/or tomorrow.

What Real Youth Want to Know about Real Life!

Question for the Day: Are You a 1 Talent Person?

A Short Story Parable for living in todays world

The other day my 16-year-old son and I had a conversation.  We talk a lot about stuff that matters (smile) relationships, school, jobs, driving, sports and music.  This particular conversation happened as a direct result from attending his end of the year high school Band Banquet.  The outgoing senior class had an outstanding Trumpet player who was my son’s former Captain of the Trumpets.  One of the suggestions this captain shared with my son is letting him know he was a good trumpet player; actually better than a lot of the trumpet players they currently have playing but now it’s up to him to PROVE IT!  Well, that challenge led to the topical question:  Are you a 1 Talent Person?  We started reflecting about the story of a man who was traveling to another country and before he left his home he had a conversation with his servants.  He told his servants that he was going away but before leaving he wanted to give them each some “talents”.  Now talents back in the day meant he gave them some money.  He gave one of his servants 5 talents, another one 2 talents and the final servant 1 talent.  He divided up the talents based on the type of servants they were.  He knew each of their personalities so he knew what they could and couldn’t handle.  Now when the man left, the three servants started working with their own individual talents.  The 5-talent person worked his talents to the point of doubling them to be 10 talents.  The 2-talent person doubled his as well to 4 talents.  But the 1 talent person got scared or as we like to say “scurrrred” and didn’t do anything with his talent but hid his talent. Soon after the man had taken his long journey away; he came back home and met with each of his servants to get a report on how they each did with their talents.  The 5-talent servant was able to say he doubled his talents to 10.  The man was very excited about this report and told him he did a great job.  Because he increased his talents to 10 he was able to get more responsibility and put into a better position.  Then the man spoke to the 2-talent servant.  That servant also doubled his talents and increased them to 4 talents.  Well, when the man heard about that he again was overjoyed and also gave him the reward of a better position and more responsibilities.  Finally, after hearing all of these good reports from the first two servants the man was looking forward to the last servant.  When the 1-talent servant came before him he started giving excuses like I know your reputation is one like Donald Trump you always build everything you put your hand to.  And I really didn’t want to disappoint you so I just thought instead of losing the talent I would just hide it away until you got back then give you what you gave me.  Well, I guess you can imagine how that man felt.  He was truly angry.  I mean red in the face angry.  He let him have it too.  He told him if you know that I am a successful man and that I am prosperous with my talents why didn’t you even give your talent away to another person who could have at least grew the talent a little bit.  Instead of doing anything with your talent you decided to hide it.  This shows me you are really lazy with doing anything that I trusted you to do.  You are really a lazy good for nothing servant and because you didn’t do anything; I am going to give you your reward.  Your reward is to be stripped from all your duties, responsibilities, and living arrangements.  Your 1 talent that you wasted is going to be given to the 5-talent servant who I can trust will do something with it.  Also, since you are not profitable for me I will send you away matter of fact you can “Go to Hell”!

Wow, after me and my son thought about that result we said to ourselves we definitely don’t want to be considered 1-talent persons.  And I truly encouraged him to take up the challenge that his outgoing Trumpet Captain gave him which was use the talents, gifts and skills that he had to prove to himself and everyone else that he could play and be #1.

I guess the reality of this Biblical story is that God expects all of us to just “DO SOMETHING”.  Whether we are the best at what we do really doesn’t matter.  What matters is that we commit to an action and go for it.  Even if we mess up or fail we can say we tried and learned from that mistake.  Then next time we can try a different approach until we accomplish the goal we set before us.

Selah (means think about it)

Aka M.O.M. Mom/Miriam on a Mission

The Parable of the Bags of Gold

14 “Again, it will be like a man going on a journey, who called his servants and entrusted his wealth to them. 15 To one he gave five bags of gold, to another two bags, and to another one bag,[a] each according to his ability. Then he went on his journey. 16 The man who had received five bags of gold went at once and put his money to work and gained five bags more. 17 So also, the one with two bags of gold gained two more. 18 But the man who had received one bag went off, dug a hole in the ground and hid his master’s money.

19 “After a long time the master of those servants returned and settled accounts with them. 20 The man who had received five bags of gold brought the other five. ‘Master,’ he said, ‘you entrusted me with five bags of gold. See, I have gained five more.’

21 “His master replied, ‘Well done, good and faithful servant! You have been faithful with a few things; I will put you in charge of many things.Come and share your master’s happiness!’

23 “His master replied, ‘Well done, good and faithful servant! You have been faithful with a few things; I will put you in charge of many things.Come and share your master’s happiness!’

26 “His master replied, ‘You wicked, lazy servant! So you knew that I harvest where I have not sown and gather where I have not scattered seed? 27 Well then, you should have put my money on deposit with the bankers, so that when I returned I would have received it back with interest.

28 “‘So take the bag of gold from him and give it to the one who has ten bags. 29 For whoever has will be given more, and they will have an abundance. Whoever does not have, even what they have will be taken from them. 30 And throw that worthless servant outside, into the darkness, where there will be weeping and gnashing of teeth.’

An Egyptian talent was 80 librae. The talent as a unit of value is mentioned in the New Testament in Jesus’ parable of the talents (Matthew 25:14-30). This parable is the origin of the use of the word “talent” to mean “gift or skill” in English and other languages. Luke includes a different parable involving the mina.

https://en.wikipedia.org/wiki/Talent_(measurement)
Some authorities say that the talent typically weighed about 33 kg (75 lb) varying from 20 to 40 kg. In February, 2016, the international price of gold was about US$1190 per troy ounce. One gram costs about $38. At this price, a talent (33 kg) would be worth about $1.25 million.

Translate The Thankful Revolution into your Preferred Language

This is the day that the Lord has made, let us REJOICE and be glad in it!

Killing the Goliath in your life.

Ezekiel Chapter 36 God Declares I am doing this for my name ~ I am HOLY! 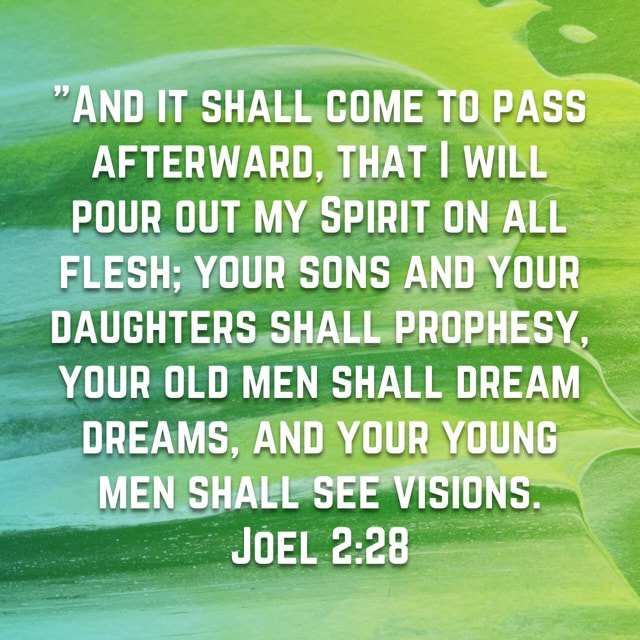