Matthew 2:11 Amplified Bible (AMP)
“And after entering the house, they saw the Child with Mary His mother; and they fell down and worshiped Him. Then, after opening their treasure chests, they presented to Him gifts [fit for a king, gifts] of gold, frankincense, and myrrh.” 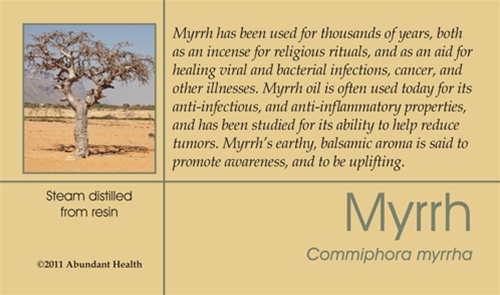 Why Essence of Myrrh? 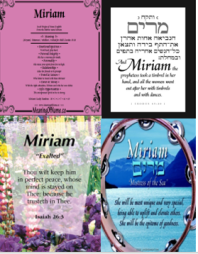 I wrote and hopefully it gives you some additional insight as to why the new name for me is Essence of Myrrh which came about as well as Bittersweet and is part of the testimonial message God has given me to share. Once you’ve read it my friend and brother; please share with me your thoughts and part of your testimony. I do appreciate what God is doing in His Body and how He is jointly perfectly allowing His Body to meet and form and exhort one another. We need each other. We need to share and encourage and exhort and edify. I thank you for being that for me in this season. And it is always my prayer to be that for you. I am humbly submitted in His Service and just an open vessel for you Oh My God. Amen 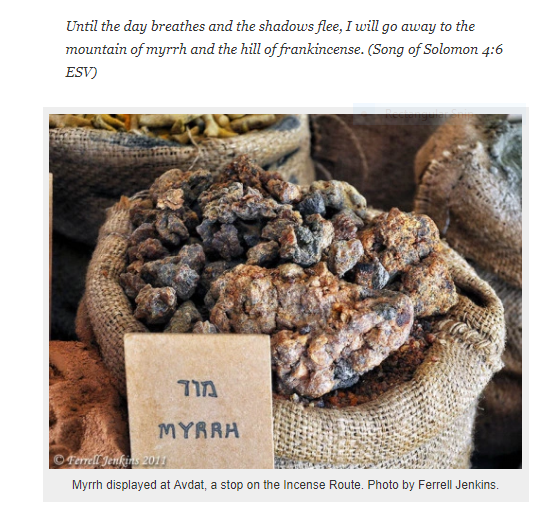 Song of Solomon 3:6 King James Bible
Who is this that cometh out of the wilderness like pillars of smoke, perfumed with myrrh and frankincense, with all powders of the merchant?
http://scripturetext.com/songs/3-6.htm

And when they were come into the house, they saw the young child with Mary his mother, and fell down and worshipped him: And when they had opened their treasures, they presented unto him gifts; gold and frankincense and myrrh (Matthew 2:10-11 )

Myrrh is resin from the Cammiphora tree and is harvested by cutting slits in the bark of the tree from which Myrrh resin hardens into dark red crystals.
In ancient times, Myrrh was among the most valuable substances known and, at the time of the birth of Christ, it was worth seven times its weight in gold. It can be used as an incense or it can be ground into a powder and mixed with oils to make a balm or processed into an oil. In ancient times, myrrh was used in the mummification of the Pharos in Ancient Egypt and to anoint kings. It also continues to be used today as it has for centuries as a natural dentifrice and is used in toothpaste and other oral hygiene products..
http://www.someonespecial.com/cgi-bin/someone/kingsgifts.html

Gilead » Exported spices » Balm » myrrh
Herbs » Mentioned in scripture » myrrh
myrrh » Used as a perfume
myrrh » A product of the land of canaan
myrrh » Traffic in
myrrh » Used for embalming
myrrh » One of the compounds in the sacred anointing oil
myrrh » Offered to jesus on the cross
myrrh » Brought by the wise men (magi) as a present to jesus
Oil » Kinds of, mentioned » myrrh
Shekel » Used to weigh » myrrh

Myrrh Heb. mor . (1.) First mentioned as a principal ingredient in the holy anointing oil (Exo 30:23 ). It formed part of the gifts brought by the wise men from the east, who came to worship the infant Jesus (Mat 2:11). It was used in embalming (Joh 19:39), also as a perfume (Est 2:12; Psa 45:8; Pro 7:17). It was a custom of the Jews to give those who were condemned to death by crucifixion “wine mingled with myrrh” to produce insensibility. This drugged wine was probably partaken of by the two malefactors, but when the Roman soldiers pressed it upon Jesus “he received it not” (Mar 15:23). (See GALL.) This was the gum or viscid white liquid which flows from a tree res embling the acacia, found in Africa and Arabia, the B alsamodendron myrrha of botanists. The “bundle of myrrh” in Sol 1:13 is rather a “bag” of myrrh or a scent-bag. (2.) Another word lot is also translated “myrrh” (Gen 37:25; Gen 43:11; R.V., marg., “or ladanum”). What was meant by this word is uncertain. It has been thought to be the chestnut, mastich, stacte, balsam, turpentine, pistachio nut, or the lotus. It is probably correctly rendered by the Latin word ladanum , the Arabic ladan , an aromatic juice of a shrub called the Cistus or rock rose, which has the same qualities, though in a slight degree, of opium, whence a decoction of opium is called laudanum. This plant was indigenous to Syria and Arabia.
http://www.sacred-texts.com/bib/ebd/ebd263.htm
Miriam (Miryam) – מִרְיָם
View in English, Hebrew
Name Miriam (Miryam) – מִרְיָם
Gender female
Time of appearance The Biblical Era

History There are two women in the Bible called Miriam. One of them is Moses’s sister.

Citation “And Miriam the prophetess, the sister of Aaron, took a timbrel in her hand, and all the women went out after her with timbrels and with dances.” Exodus 15, 20

life is a journey By Miriam Stevens a.k.a. Essence of Myrrh 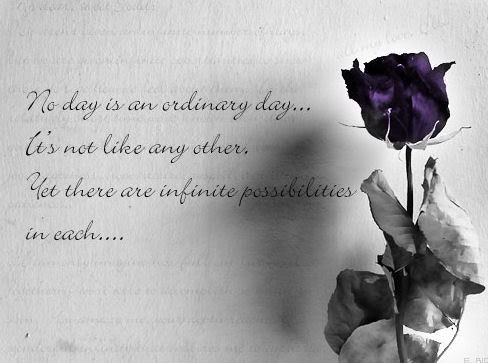 I often times find that our life’s destiny or journey is tied to our name. It is not by chance that my name Miriam means “Myrrh”. On this journey walking into my destined purpose I have had moments of bitter and sweet. Myrrh is a bittersweet substance of great value and extremely costly to come by. I have noticed that the wonders that God has shown me in my life and the greatest JOYS have been Bittersweet and extremely costly to come by but highly desirable=2 0to be immersed with…so I offer a piece of work from my heart that the Father gave me in my time of tr ials and testings which actually brought comfort in the midst of the “press” entitled of course 🙂 “BitterSweet”

…When I got the latest news, I just drifted off into my own thoughts and reflected “Here I am again”. Again, having to start all over again praying for the inner fortitude to pick myself up and walk through the midst of the fire; because I can’t remain in this present state to just become nothingness. As I kept dwelling on the current circumstance I realized that my situation wasn’t unique that others universally were experiencing “the press” and enduring hardships so what was I going to do to get through this time? I am not complaining because what good does it do…the children of Israel complained and look what that got them – death in their wilderness journey. Imagine if they had just trusted without murmur how much more productive they would have been. They would have seen that just beyond their horizon right in their grasp was their promised hope for….but they clouded their minds with gripes during the journey and never got “out of” their plight. So, I choose to focus my energies on the light at the end of the tunnel or in my case the hope that what God says is true in His word is true for me too; “All things work together for the Good of them who love the Lord, to them who are the called according to His purposes”. Also, I am persuaded that if I just stand still I will see the unveiling of God’s handiwork in the midst….whether it’s a storm or fire…in the midst God has provided an ark of safety to carry me through. My life isn’t over even though the pressures of challenges makes this leg of the journey not so “sweet” but very bitter. It’s not pleasant to taste setbacks and unknowns. It’s not great to have to eat of the “Trials of Life” cereal (serial). Yet, sometimes it’s necessary to create the right kind of nutritional diet which will pro duce a “better” healthier way of living. So, along with this realization does immediately come the comfort of “ease in the midst” and that ease which internally does brings the “sweet”. T he sweet confidence that this too shall pass. It may be a moment before the passover occurs but it does and when it comes even though weeping endures for the night; Joy does come in the morning.

It’s hard to explain to an outside observer (one who’s never tasted the BitterSweetness of life’s journey) how one can have a joy in the midst of mourning. Or a peace that surpasses even ones own understanding. It can’t be explained, but only experienced is the theme that constantly plays in the mind of that walker on this path. Yet, along the way there are glimmers of hope intertwined with the thorns of life. And, yes tactfully maneuvering through that roadblock does becomes a skill for the seasoned one. Manageability is the key. This particular persons makeup is forged with a foundation of oil that smells of awesome desirable intoxicating scents that is stewed into a uniquely enriching fragrance. This fragrance of “BitterSweetness” brings an aroma who’s underlying substance when actually tasted is bitter to the tongue but inhaled sweet to the nostrils. Alas the quandary of the BitterSweet experience. Life’s journey is like the resin Myrrh that is used as a most desirable gift for Kings. It’s even the balm for a burial. Yes, the death walk requires a balm-like substance such as Myrrh to prepare the body for the next level/state of existence. It’s amazing in my reflections that the Messiah had Myrrh presented to Him at inception and commencement ceremonies and during His Burial rites Myrrh was the resin covering Him and preparing Him for His next journey. Rising up from the depths of the grave He was received unto the Father exuding the fragrance of Myrrh. So, it’s not strange that those who are called by His name become baptized in this same experience. So to try and dilute the experience because it is costly wont profit anything bec ause just like with Myrrh you can’t separate the mixture of the Bitter and the Sweet to seek it’s full value and enjoy it’s total pleasure no eradication of the core substance can be issued.

Only those who have the means to purchase this particular treasure can handle the cos ts. And yes this is pricey but it’s effective for it’s purpose. So, As I undergo the walk into the next level of divine intervention and anointed encounter; I must ingest the BitterSweet. I must saturate myself in the oil of Myrrh so that I can be presentable, desirable, valuable and palatable. I will keep my focus on the hymns of the past that others who sojourned this way …”soon I will be done with the troubles of this world, so I don’t feel no ways tired, because I am going up yonder to See my Lord.” And as I continue in this praise I get the energy to continue through the agony of hardship and eventually my soul cries out “If I hold my peace let the Lord fight my battles, victory VICTORY shall be mine.” Ah yes I will take the Bitter with the Sweet. Selah
expressions from “Essence of Myrrh”
S halom Proverbs 3:5-7
Autumn 2008 @Copyrighted

Miriam S. Stevens aka "The Brand Paramedic", is an online social multimedia network strategist. She works with entrepreneurs, special interest groups, and non-profits to develop a social media campaign, marketing strategy, and customer engagement blueprint. She offers this three-prong approach to successfully connect business brands with their clientele. As the creator of MsStevensPR.Com, Miriam encourages productive, one-to-one focus meetings to pinpoint a company’s vision, research their targeted audience, and develop the right implementation plan. View all posts by msstevenspr

After you accept Jesus as your Lord and Personal Savior Now What?

Men can be raped too – Jack’s story Revisted.mov

Miriam Stevens has a Q and A with Emelyn Stuart Web TV Producer.mov